The Santa Cruz Museum of Art and History held what many of us hope will be only the first "Radical Craft Night". This article in the local newspaper explains the concept pretty well. It was the  most hands on kind of event. Each of the museum's three levels and the stairwell in between had multiple things happening and everyone was encouraged to join in. And they did. All ages crafting together.


Outside the entrance, the stage was set. The dark evening was lit by the blazing of two forges and the sounds of steel being hammered. 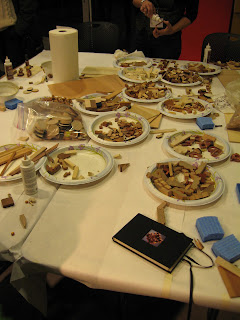 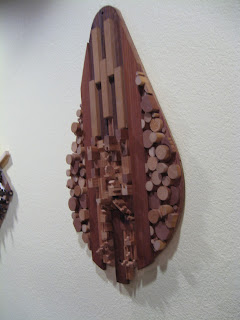 Inside I met Jim Sloane who was having a ball helping crafty hands to make assemblages of small wooden bits. An example on the wall showcased what he calls his art, "City Scapes & Art Wierdness".
Gotta love it! 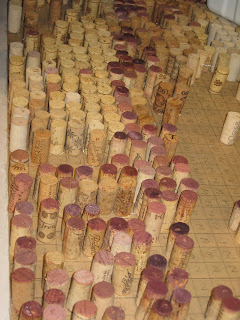 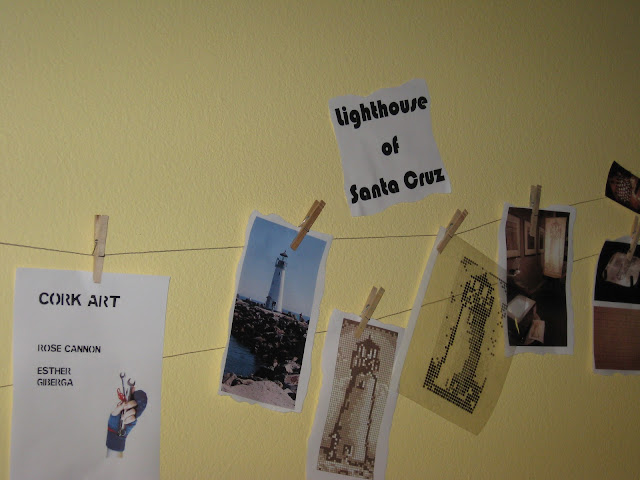 I helped with this giant wine bottle cork glue-by- number project. Grab a glue gun, The corks are numbered and so are the squares on the "canvas". We were creating a likeness of the Santa Cruz Lighthouse. 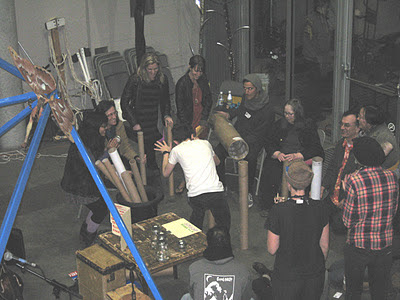 This gentleman was conducting a cardboard tube orchestra! 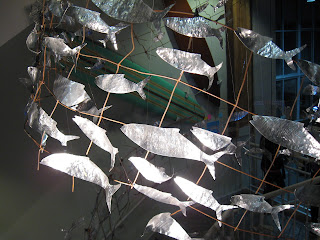 In one room, people were hammering texture into these aluminum fish, which were then added to a large wire framework which spanned several stories in the center of the museum's winding staircase, creating a giant school of swirling fish. 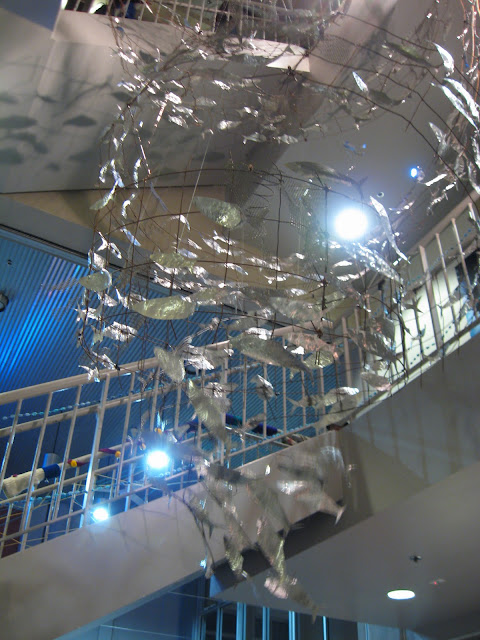 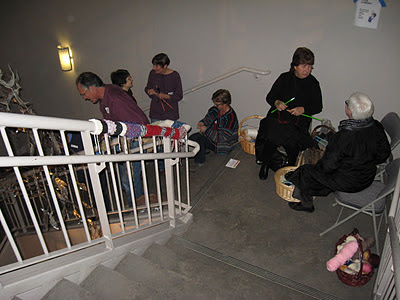 Simultaneously, a host of women with crochet hooks and knitting needles were "yarn bombing" the stairwell's railing. The ringleader was Debby from a local yarn shop, The Swift Stitch. 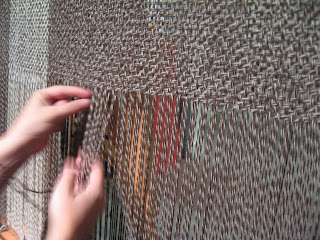 The fiber arts were well represented with Rebecca Hiatt weaving on a triangle loom. 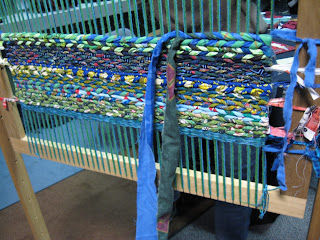 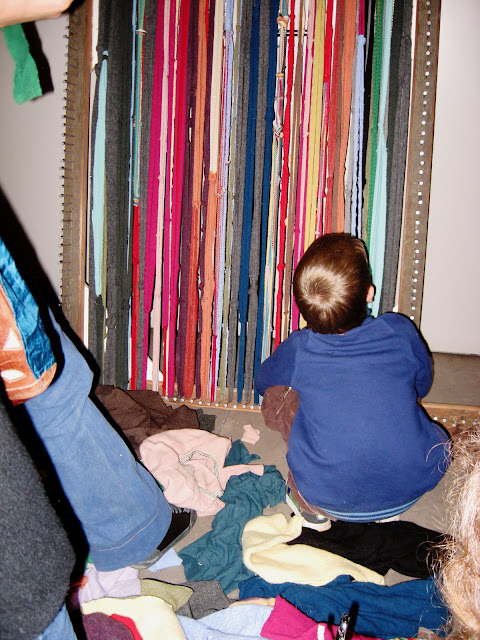 Members of a local Community Textile Arts & Salvage Workshop, The Fabrica, were on hand with embroidery, sewing and a giant looper loom. The loops were cut from old sweaters.