(A love story of place). 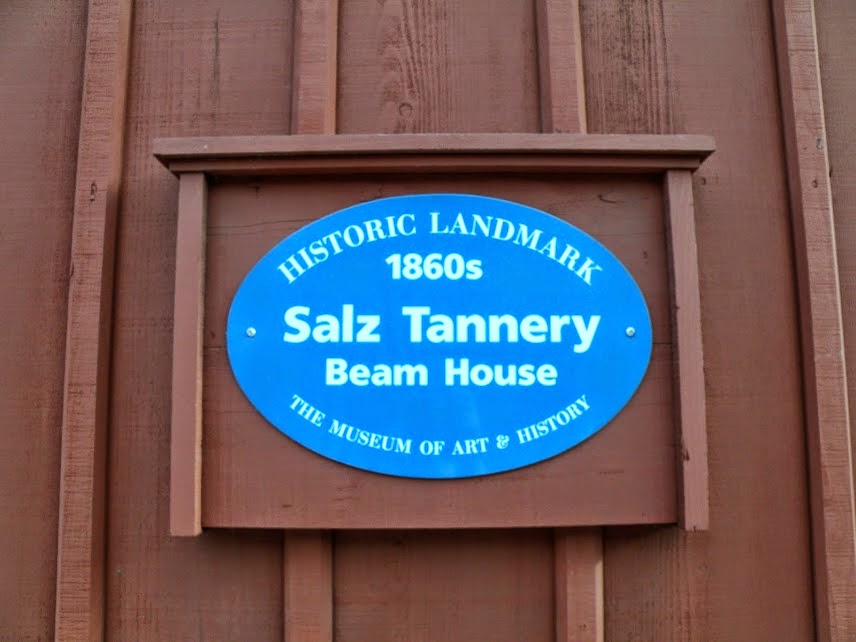 It's one of those spots where, for me, significant life-changing events occurred, so that it will forever remain a place near and dear to my heart. From 1856 to 2001 it was a working leather tannery which changed ownership and name several times. There is an interesting historical timeline here. In the more recent years it was know as Salz Leathers and I worked there between 1998 and 2001. If you live in Santa Cruz, you undoubtedly know someone who worked at "The Tannery". It was common for families to have two or three generations who worked there. It was a community unlike any other I've known. The Lezin Family, who owned it, created a sense of community and the workers felt well cared for.  Everyday I roamed the buildings, I saw the same smiling faces, about 100 of them. I liked my job and would have been a "lifer"!  But, in 2001, the business was forced to close because it was unable to remain competitive in the world marketplace, and this was a sad time for all of the workers and our little community. You can read more about that in this article: Salz Leathers Folds Up Shop: Landmark Business to Close this Year. 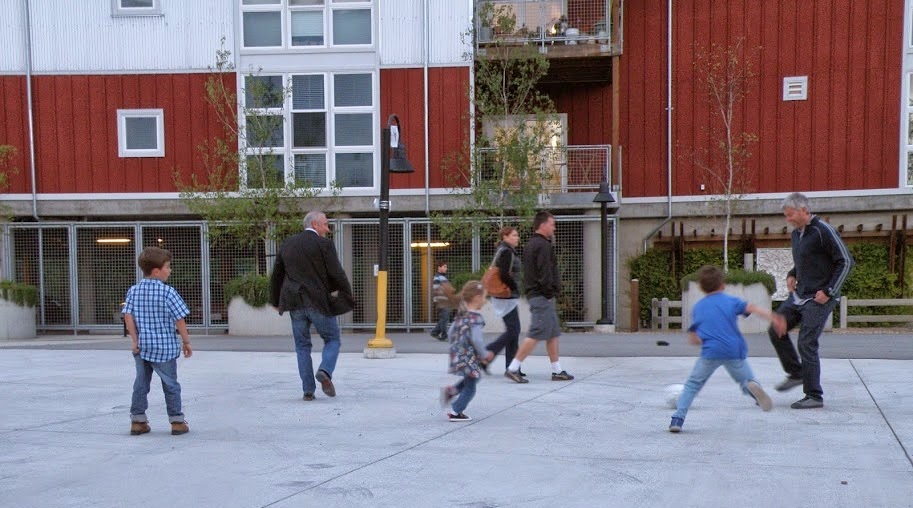 Several years later, a new community grew up on the site of the old tannery. The Tannery Arts Center was a joint project developed by the City of Santa Cruz, Artspace Projects, Inc., and a local non-profit, The Tannery Arts Center, Inc. It converted the historic Salz Tannery into a vibrant 8.3 acre arts campus which provides a sustainable and affordable home for artists and arts organizations to live, create, display and perform their work. The first phase, involving new construction, provided live/work housing units for low-income individuals and families. The second phase was the renovation of the existing historic buildings on site to provide 28 working studios. The third phase will be a performing arts center to seat 200 people with state of the art equipment to host music, dance, and theatre. 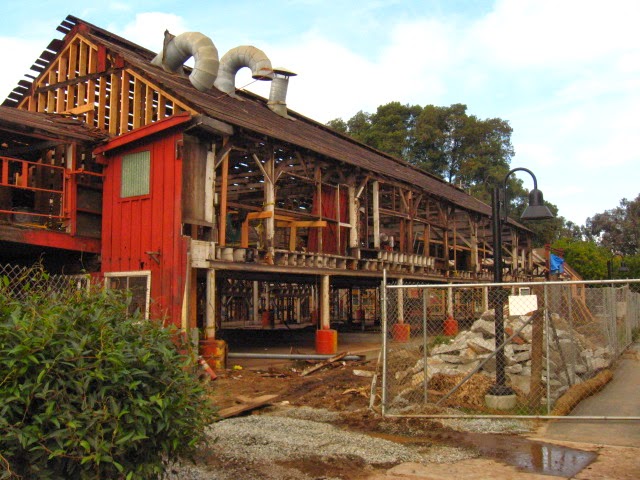 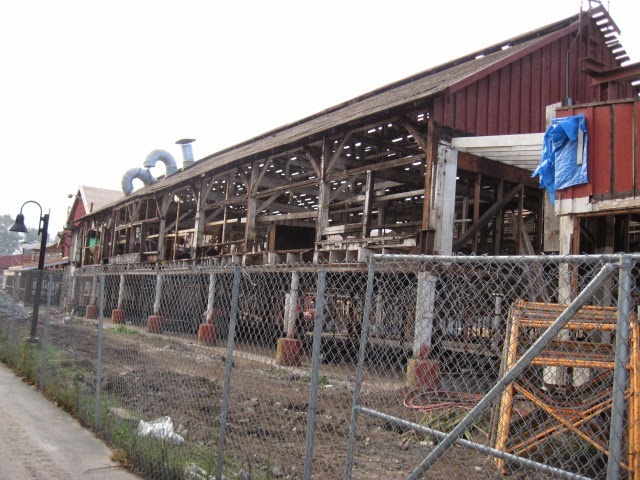 Five buildings of historical significance were preserved and the history of the tannery was told through a collection of exhibits throughout the Tannery Arts Center and a terrific  “Wall of History” which displays a historic 145-year timeline. This includes one of the annual group photos of all the tannery workers.
Since it was during a time period when I had been temporarily laid off, I'm not in it,
but my daughter took this shot below of me standing next to the group photo. 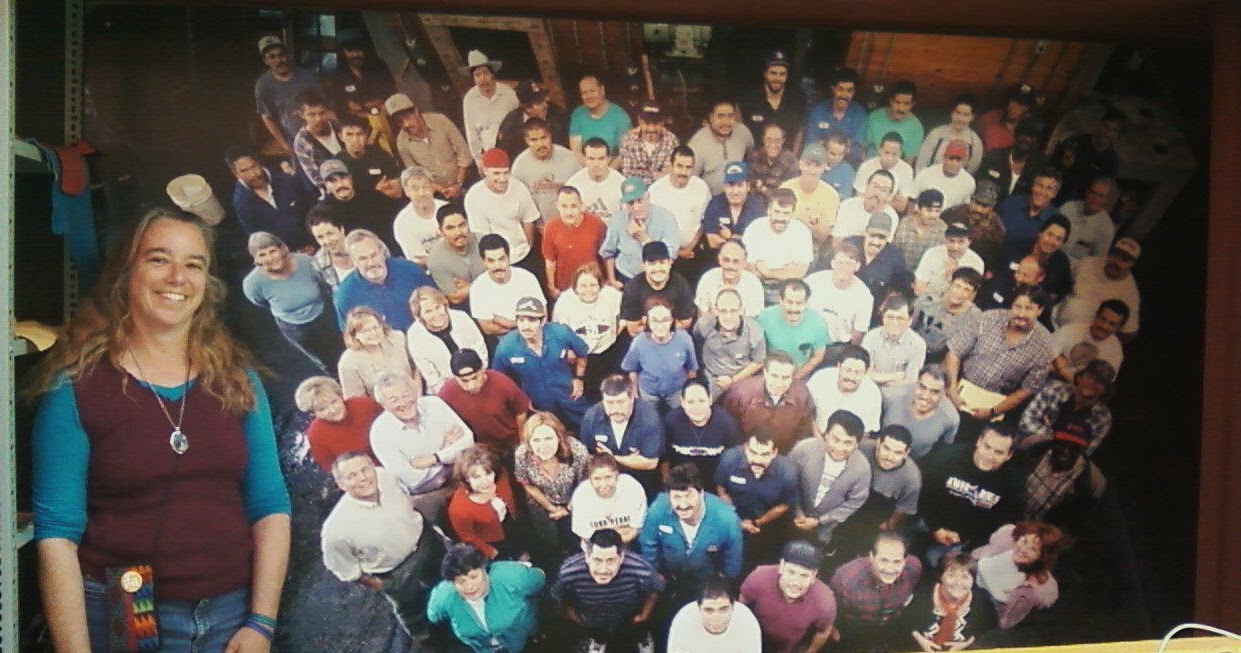 My love story with the place includes a chapter about how members of the community helped me through a very difficult decision to leave an abusive relationship, and to get settled into a new home with my kids. A good friend, Alan, who was the Human Resources Manager did an intervention and called in a Women's Crisis Support volunteer who helped me file a police report and get legal assistance. Many other co-workers then stepped in. A couple of the foremen, with the company truck, volunteered their time to move me and my kids into an apartment, others donated and delivered furnishings and took up a collection for gift certificates so that I could go buy the rest of what I needed. Alan made sure that I was given an opportunity to move into a higher-paying full time job so that I could better provide for my family. 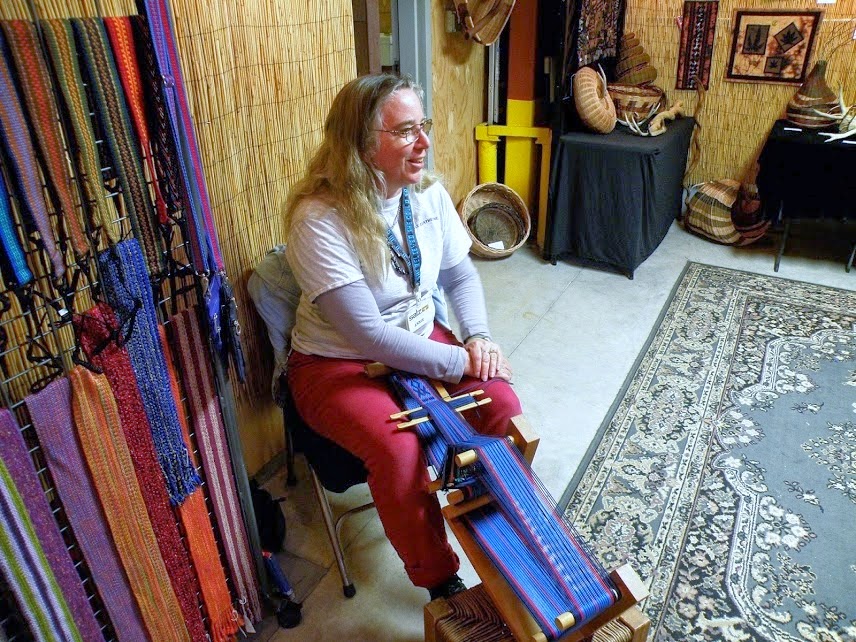 As soon as I heard about the TAC project, I was hooked and knew that I wanted to display my artwork there. On Friday, April 4th, I got that opportunity and it felt good! My friends, Pat & Larry Worley, invited me to be their guest artist for the First Friday Art Tour. It was a great experience, and now I feel that I've come around full circle and back to a place I love.


I'm sorry that my friend, Alan, couldn't be there with me. He was killed in an auto accident shortly after his "intervention"  and never got to witness the profound and positive effect his actions had on my life. He is one of my greatest heroes.  He always encouraged me to stretch farther and to go for what I wanted. I think that he would have been proud!

The TAC is a vibrant community of artists which really comes to life during the First Friday Art Tours. You can take a cruise around with my daughter, Natasha, and see some of the sights that she and her camera captured during the evening. 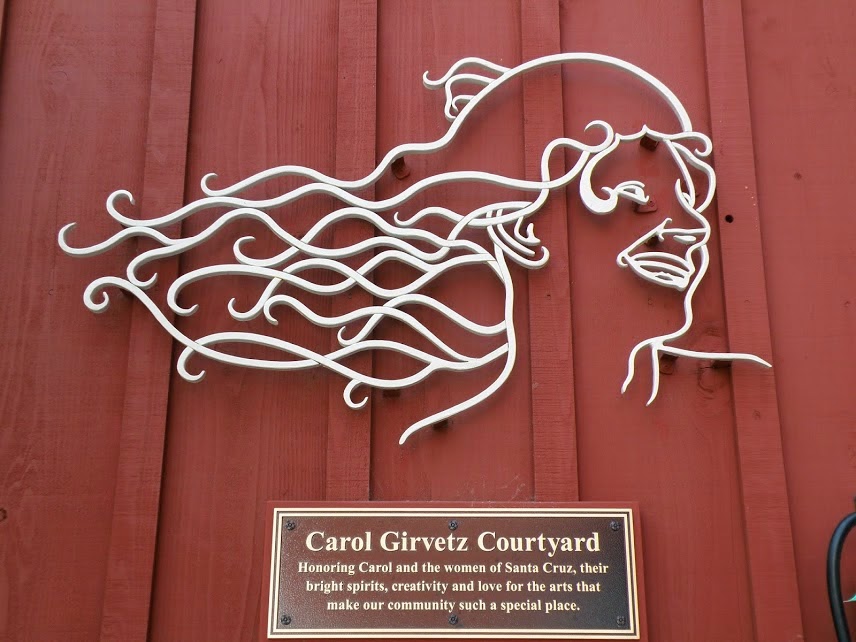 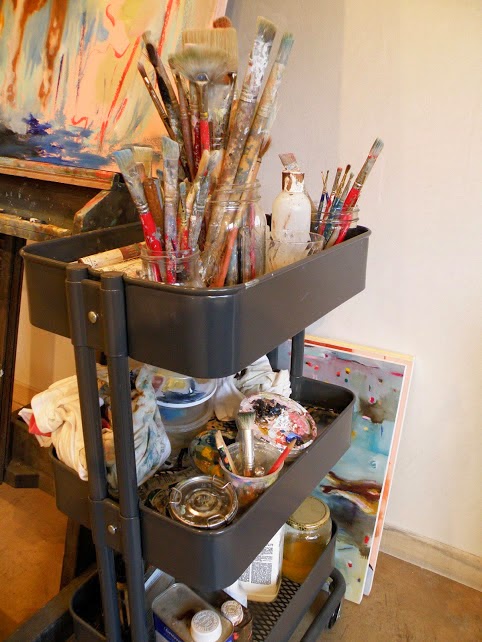 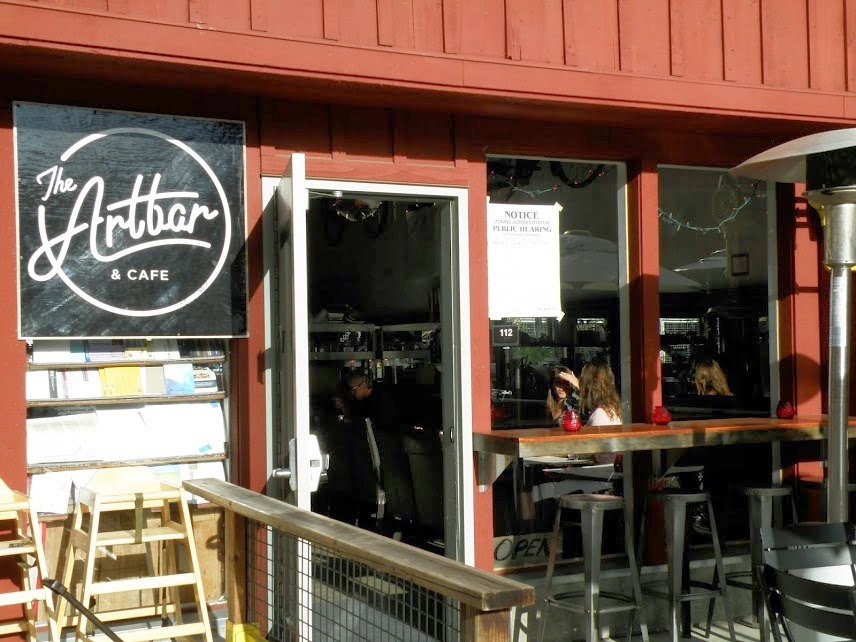 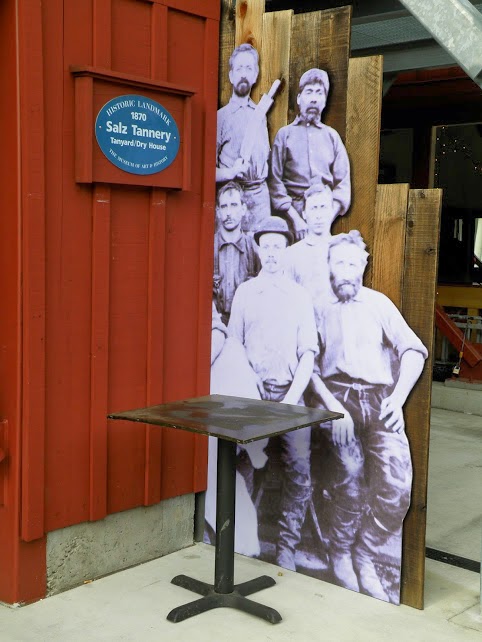 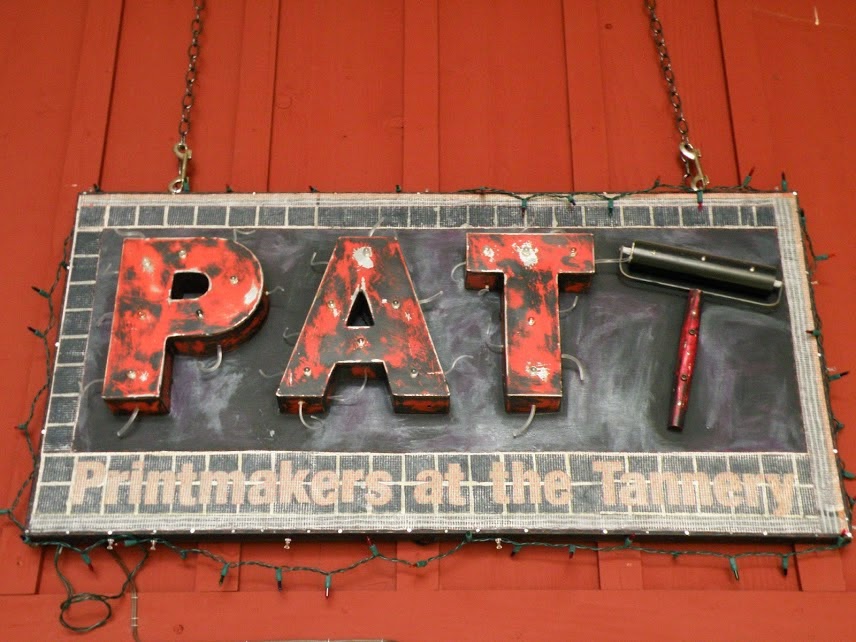 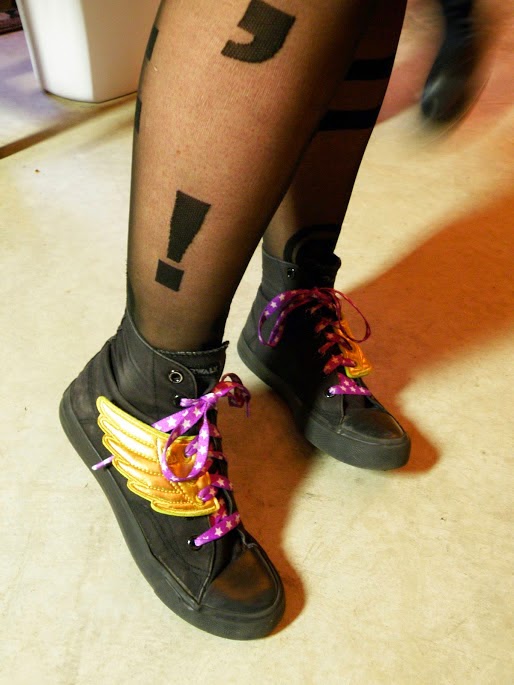 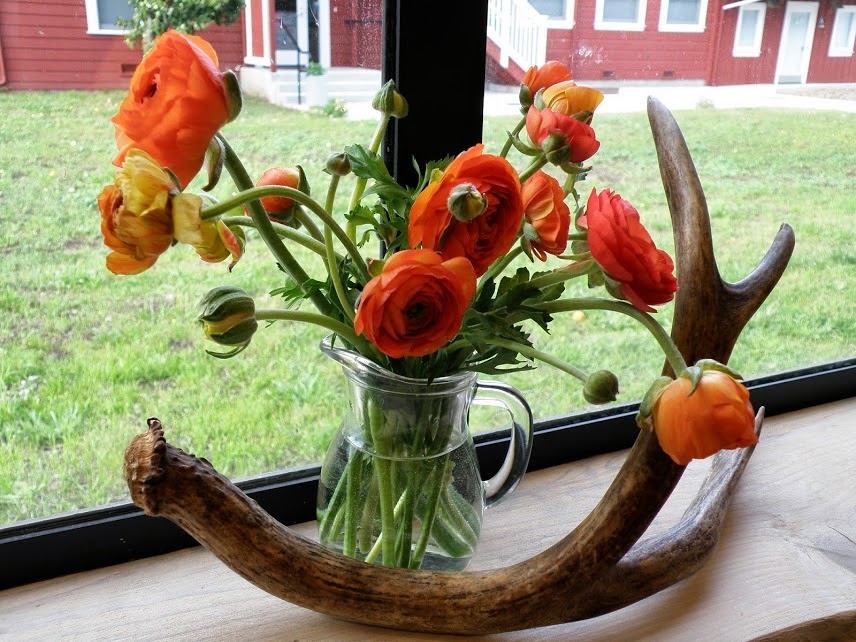