Here are some photos from our trip to Morro Bay. In the last post, I showed photos from the event we attended, the reason we went. But on Saturday morning, before we went to the fair, we took a short (too short) walk on the beach. 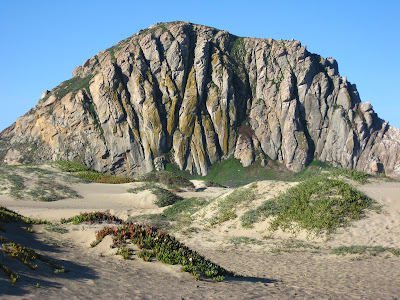 Morro Rock is the best known of the Nine Sisters of San Luis Obispo County, a series of ancient volcanic plugs that line the Los Osos Valley between the cities of Morro Bay and San Luis Obispo. They were created over 20,000,000 years ago as volcanic plugs of magma which welled up and solidified inside softer rock which has since been eroded. This one stands out because it is surrounded by water, not land. The patterns of cracks and crevices in the rock makes it especially interesting.

Because of the early hour and angle of the sun, many patterns along the way were evident. We enjoyed seeing the effect of wind and water on the surface of the sand as well as animal tracks. 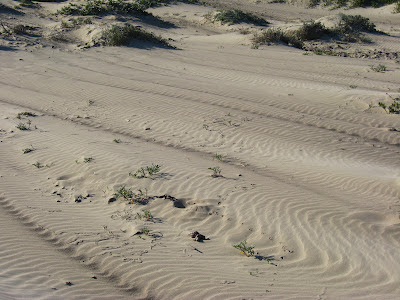 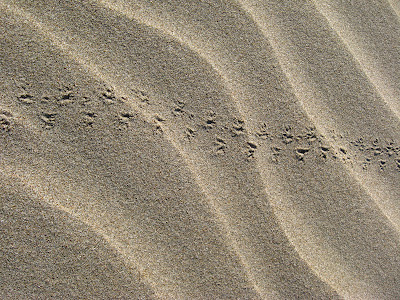 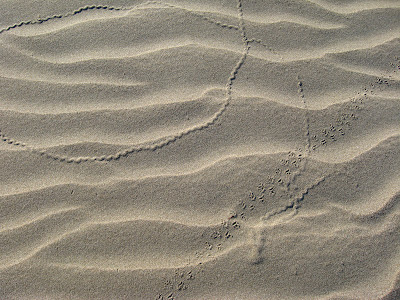 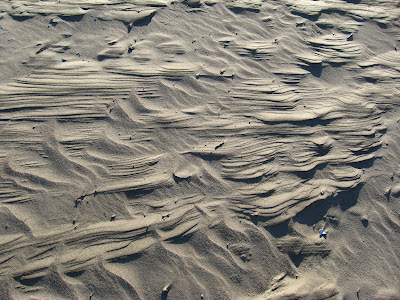 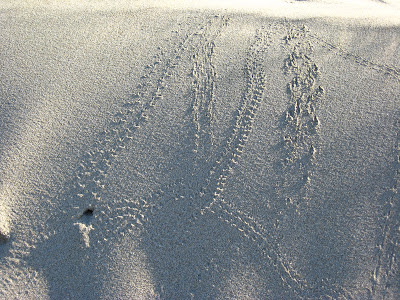 Even peeling paint and a manhole cover caught my attention as interesting textures. 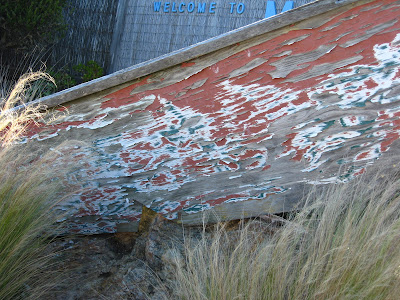 Maybe I'm just easily amused. Which is a good thing.