A wad of string heddles is not an easy thing to deal with while warping. I have somehow
been able to  wrestle with them one-handed and make it work for all of these years.
But as long as I can remember, I have wished for a heddle dispenser that would just
give them to me, conveniently, one at a time. My wish has been granted!!! Yippee!!
I couldn't be more delighted with my new discovery! It's like having a new toy! 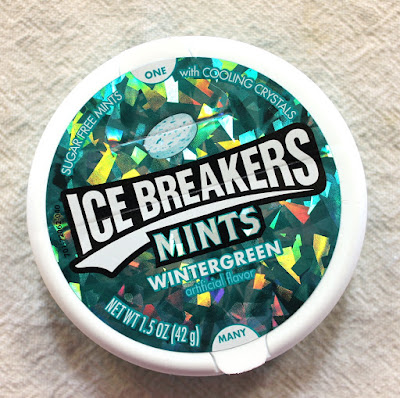 It seems that a smallish plastic container with a hole in the top will do just the trick!
As long as the container is fairly full, the tension of the heddles will keep most of them
in place inside but allow me to pull out one at a time.
Occasionally, I find that they get tangled around one another, but this has been very rare.

When I cut a piece off the loom, I have a heddle bundle that looks like this.
At this point, they are not tangled, but sort of lying next to each other. 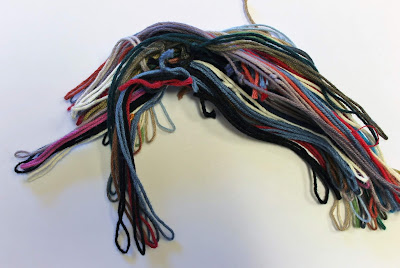 The mint container has a big flap opening on top which allows me
to easily stuff the bundle of heddles inside........ 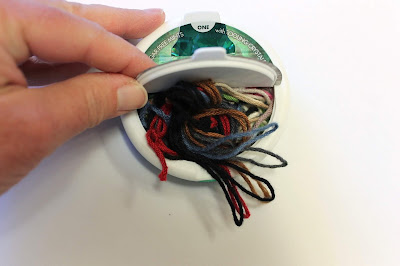 and a small one which allows me to pull them out one at a time. 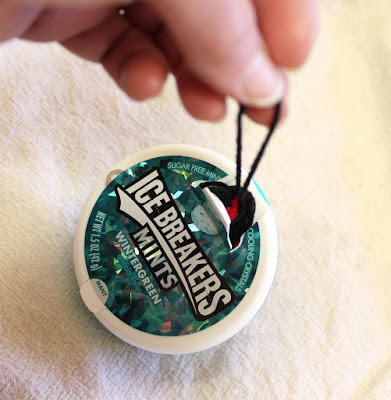 This hummus container has a tight-fitting lid. My husband cut a 5/8" round hole in its center.
I pull off the lid, fill it up with heddles and snap it back on.
The heddles are easily pulled through the hole one at a time. 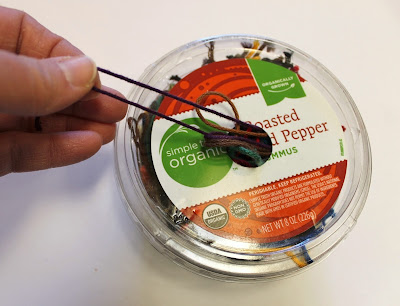 Currently, I am experimenting with different methods of securing the heddle dispenser
to the table as I work. A small piece of duct tape made into a roll works great,
but isn't reusable for long. So, I am in search of some sort of putty to do the job.
None was available in our small town, so I'm waiting for the next trip
to the big city to buy some museum putty.
Please let me know if you have suggestions.
EDIT: I've found that Command Strips work well, don't leave residue or damage the table. However, they can't be reused more than a couple of times. Museum putty was very hard to remove from the table! Silly Putty seems to hold well enough and be reusable a number of times.